Fr. Andriy Kelt was born on December 7, 1983 in the village Verhnya Bilka to Lyubomyr and Tetyana Kelt.

He went to the kindergarten, elementary and middle school in the same village. At around 11 years of age he was asked to serve at the altar in the Church of the Protection of the Mother of God. At the age of 16, his pastor Ivan Bilyk, who is a current pastor in Willimantic, CT, encouraged him to go to the Catholic High school in the city of Lviv. The name of the High School was the Catholic Lyceum of Klymentiy Sheptytskiy, which had a strong religious core. This was the place where Andriy felt the call to serve the Lord in some way. It was between the monastic life and the priestly life. After some time of discernment, he decided to pursue priesthood. After graduating from high school in 2001, he started to take steps to enter seminary. The pre-requisite for the seminary at that time was at least one year of the musical school. So, he completed his musical training in 2002. The same year, Andriy passed the exams and won the scholarship to study at the seminary in the USA.

In July of 2002, seminarian Andriy started his studies at St. Basil College Seminary in Stamford, Connecticut. His vice rector was father Bohdan Danylo for 3 years, and for the final year father Bohdan was his rector. In 2003, he went on a mission trip to Kazakhstan in Asia to help teach religion to the Ukrainian children there. Seminarian Andriy graduated from St. Basil College in 2006 with a Bachelor of Arts.

In 2006, Andriy entered the Catholic University of America for the graduate program in theology, while completing his priestly formation at St. Josaphat’s Seminary in Washington, DC. Throughout all of his studies in both seminaries, Andriy was assigned to different parishes in the USA to observe and help pastors, e.g. Rochester, NY, Hudson, NY, Willimantic, CT, St. Petersburg, FL, Ambridge, PA, Carnegie, PA, Pittsburgh, PA(Southside), and others. During the summer of 2009, he took 1 unit of Clinical Pastoral Education in Washington Hospital Center in Washington, DC. In 2010 Andriy graduated from the Catholic University of America and St. Josaphat’s Seminary with a Master of Divinity.

As of September 1, 2016 father Andriy is pastor of Immaculate Conception (St. Mary’s) in Northern Cambria, Pa and the Protection of the Blessed Virgin Mary in Revloc, PA.

Fr. Deacon Christopher Bellock has a B.S. of Ed. degree in Elementary Education and a M. Ed. in Literacy from Indiana University of PA. He received his religious studies from Holy Apostles Institute. 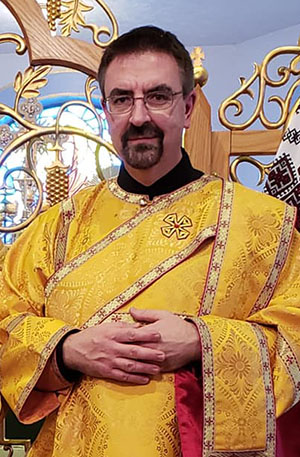 Fr. Deacon Anthony Dragani is a professor of Religious Studies at Mount Aloysius College in Cresson, PA. He has a doctorate in theology from Duquesne University in Pittsburgh, PA, and specializes in Eastern Christian theology. 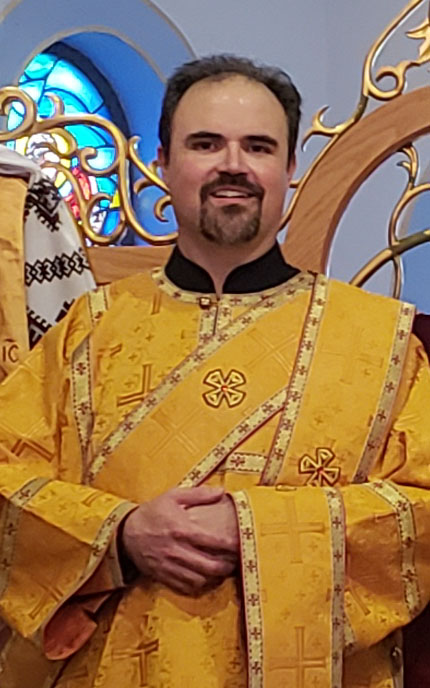